“European, they say I am”, “but African, I feel”: The Double Space Identity in Rui Knopfli’s Poetry

In his very first book of poems, O País dos Outros, [The Country of the Others] (1959), Rui Knopfli writes “ European, they say I am”, “but African, I feel’ (Knopfli, 2003:59). By this he is expressing the conflicting quest for his own identity; its split between the two spaces of its self-representation: Europe and Mozambique. Rui Knopfli’s soul, always on the alert, nourishes itself intellectually in Europe and emotionally in Mozambique. It is in this double belonging, that he indulges in poetry, in a movement that is at the same time one of construction and deconstruction, of encounter and loss. His homeland is, therefore, an island made up of verses in Portuguese, where everything happens inside and outside the territorial space, inside and outside the temporal space, a homeland made up of a strange and hybrid reality, with water and wind being the infinity of its possibilities. 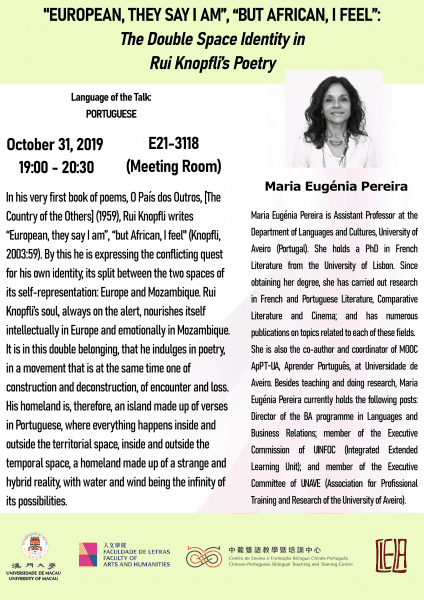